Attorneys Cohn and Friedlander to Collaborate 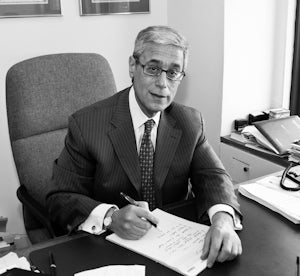 Steven Cohn, Esq., an icon in both the legal and political community of Brooklyn, New York, has been at his practice of Goldberg and Cohn, LLP, since 1978. Mr. Cohn, the former president of the Brooklyn Bar Association, is a Delegate to the New York State Bar Association Second Judicial Department, and a past member of the Grievance Committee for the 2nd and 11th Judicial Districts for the Appellate Division.

Mr. Cohn was a past Democratic State Committeeman. He is vice-chair of New York State Democrats and colonel of the New York  Coast Guard. His services also included the Honorary Board of Trustees for Pesach Tikvah Hope Development, Corp. and was on the Board of Directors for Yeshiva of Flatbush.

Mr. Cohn has published and authored many articles regarding Family Law and is an expert in the same. Mr. Cohn also possesses the requisite of knowledge of administrative agencies and has successfully represented clients in actions brought by the Attorney General of the State of New York, including those brought against the Town of Huntington (Long Island), mortgage brokers in the Delta Funding case, title companies and real estate.

He has published many scholarly articles and has lectured extensively on Family Law and Autism.

Martin E. Friedlander, Esq., an attorney with over 28 years of experience in matrimonial and family law, began his career with the Honorable Jeffrey Sunshine in Brooklyn, New York.

Mr. Friedlander has represented clients throughout New York City and Nassau County. Mr. Friedlander has also appeared before the First, Second, and Third Department of the Appellate Division. He appears regularly before batei dinim and is proficient in issues relating to the get and the halachic related issues.

Mr. Friedlander is also a court-qualified mediator. He has expanded his practice to include mediation services. He is a co-founder of the Yashar Coalition, which founded a prenuptial agreement that facilitates alternative dispute resolution and is approved by leading rabbis throughout the United States and Israel.

Mr. Friedlander has semicha from Rav Pam, zt”l, of Yeshiva Torah Vodaath. Mr. Friedlander lectures extensively on all areas of Family Law. He has been featured on panels with Supreme Court Justices and psychologists and has provided many lectures for CLE providers, including the New York County Bar Association and AFCC (Association of Family and Conciliation Courts). His writings have been featured in the New York Law Journal and many other prominent publications. He is sought out for lectures in both the religious and secular communities.

Most recently, he has lectured for the AFCC on the cultural and religious factors affecting custody evaluations and decisions. Mr. Friedlander has lectured throughout the United States and in Israel for the Tahel Crisis Center and has assisted in their legal presentation at their conference in Israel. Additionally, he has lectured on abusive conduct and its religious implications at Global Summit on child sex abuse in the Jewish community.

He sits on the Kings County Matrimonial Mediation Stakeholders Committee, which is introducing mediation into the Courthouses.

Together, the firms now handle all mediation and arbitration, matrimonial, family, business litigation, real estate, and government compliance, law. Consultations are now available in Nassau County and Brooklyn, as both firms practice throughout New York City and Nassau County areas. Both Mr. Friedlander and Mr. Cohn maintain and adhere to the CDC requirements and are now taking appointments virtually, by request.